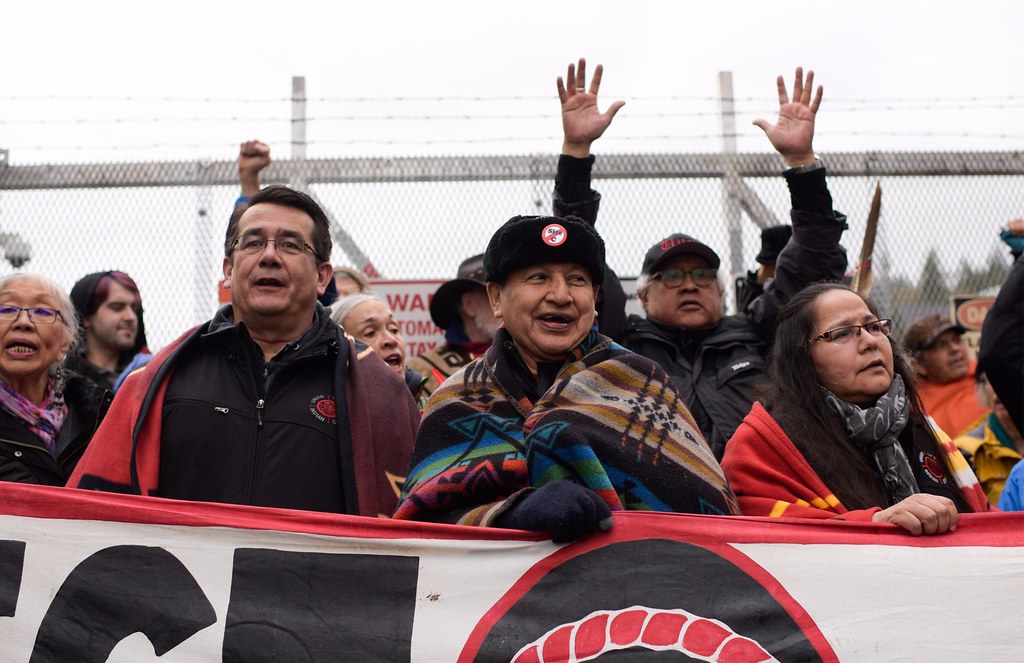 The action represents the latest escalation in a growing, decades-long fight by Indigenous Peoples to gain recognition for Indigenous title and rights. Nearly 200 people have been arrested peacefully resisting the pipeline in solidarity with impacted Indigenous communities since actions began last month.

The Kinder Morgan pipeline — and the tar sands expansion it would enable — are incompatible with the federal government’s commitments under the United Nations Declaration on the Rights of Indigenous Peoples (UNDRIP) and threaten to worsen the national crisis of Missing and Murdered Indigenous Women and Girls (MMIWG).